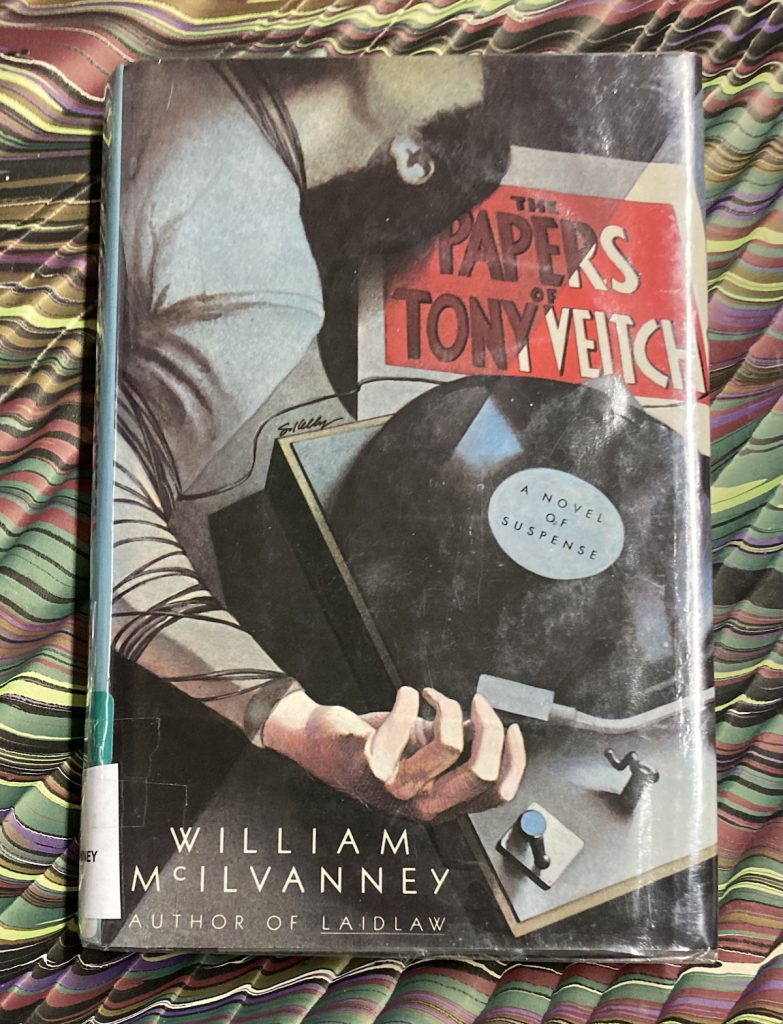 ‘It’s the questions you don’t ask that count. People don’t give answers. They betray them. When they think they’re answering one thing, they’re giving an honest answer to something else.’

Laidlaw (1977) and The Papers of Tony Veitch (1983) were something else when they appeared, and still are. The books stand with the hardest urban noir but with a remarkable difference. Where some of the 1950s classics of the form are nihilist mirrors of a messed-up America, Glasgow detective Jack Laidlaw burns with “that anger against so many things” and McIlvanney’s narratives show life on the under side of things with compassion (a quality for which Laidlaw is mocked by some of his colleagues). McIlvanney is master of the raw, unpleasant simile: the father of a murder victim “was still following the relentless parade of his thoughts, like an Orange March nobody dare cut across”. Laidlaw’s “free-lancing” behavior, “separate from the main investigation” yet bringing matters to a solution, is a cognate of Janwillem van de Watering’s “looking at it from different sides”.
I really enjoyed re-reading The Papers of Tony Veitch, where the intensity jumps the boundaries. “Laidlaw remembered that one of the things he hated most was elitism. We share in everyone else or forego ourselves.” And Chapter 5 is a succinct one-act play, after hours “in ‘The Crib’, a strangely named pub not really suitable for children, where on a good night Behemoth would have been no better than even money.” It starts innocuously enough, “Licensing laws can be fun.”
In Strange Loyalties McIlvanney switched to a first person narration (with all the limitations and strengths of that mode). The novel again probes class structures, memory, and hypocrisies. Laidlaw’s hurtling inquiry into his recently dead brother’s past stirs things up as effectively as Hammett’s Continental Op did in Red Harvest. The hard man in the fancy house walks into the cell door Laidlaw has opened (closing a narrative thread begun in the first book), but the answers Laidlaw finds offer no comfort.
The Dark Remains, just published, was completed by Ian Rankin from a partial manuscript left at McIlvanney’s death. The novel is deftly plotted, set in the earliest days of Laidlaw’s career, but Rankin’s style is less explosive than McIlvanney (“His writing style is more poetic than my own” as Rankin put it in a recent essay). The Dark Remains evokes Glasgow in the 1970s, and the narrative is seeded with allusions to the earlier novels (almost to the point of egging the custard). It is a nice homage to McIlvanney, and a spur to read or re-read the originals, especially The Papers of Tony Veitch. 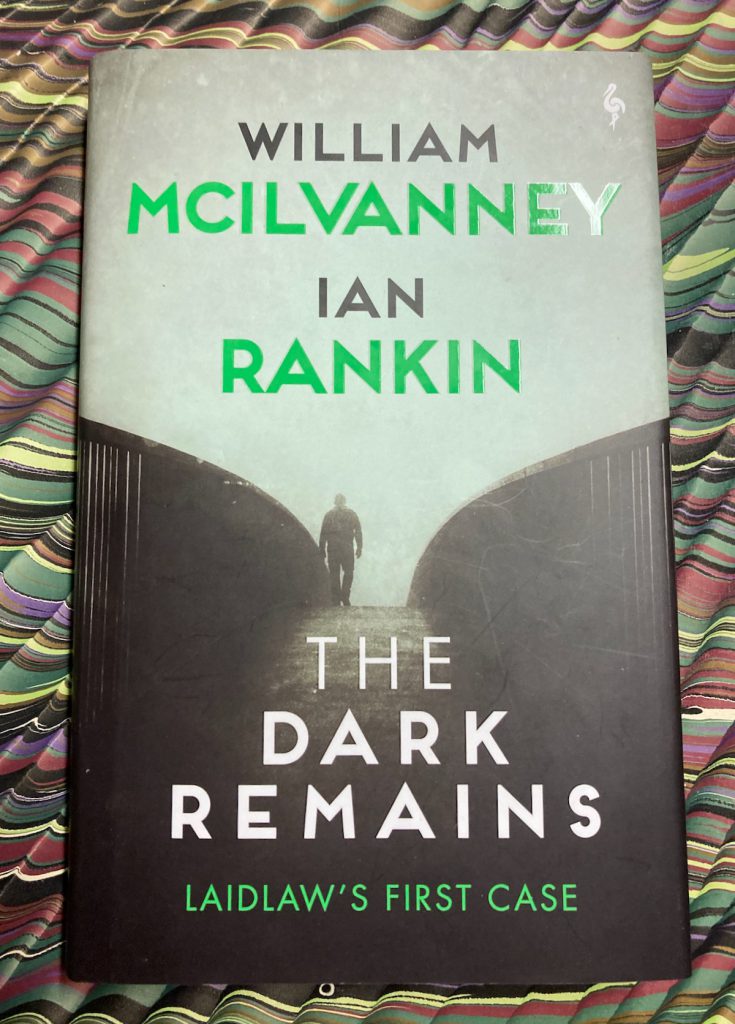