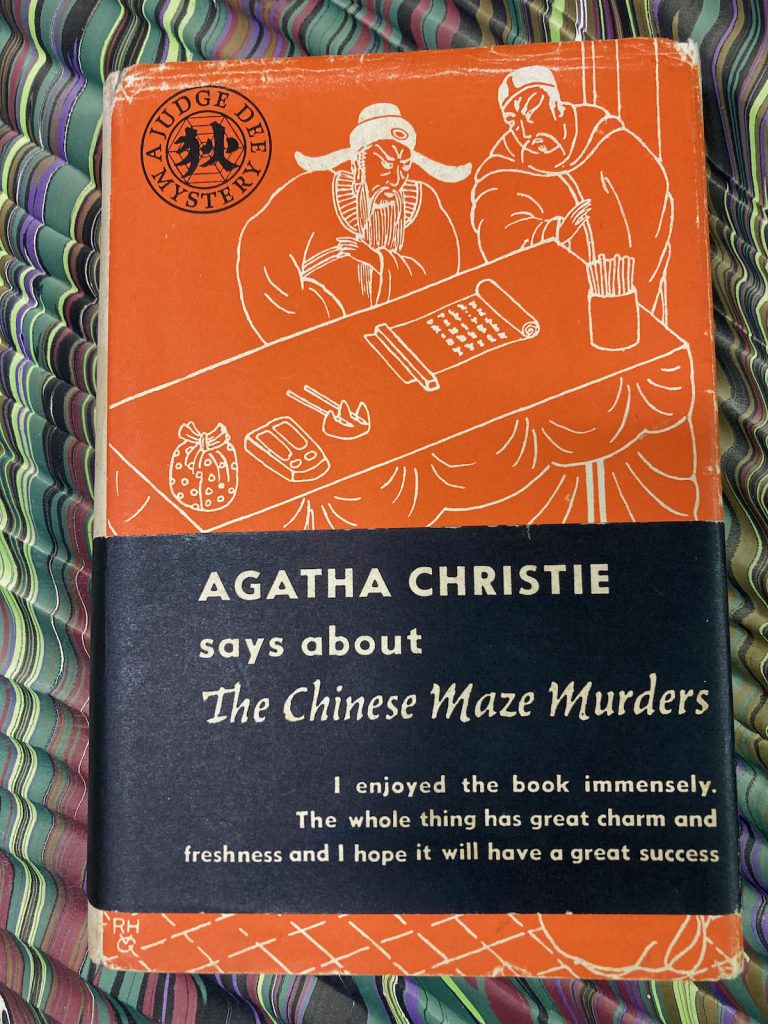 Every year I re-read a few of the mysteries of Robert van Gulik, always with pleasure, for these tales of Judge Dee evoke an entire world. This is a long-standing interest: in 1997, back in the days of AB Bookman’s Weekly, I wrote a feature essay on the life and publications of this fascinating person, who accomplished many things during a comparatively short life (see below). And of course, the world being a place where “the impossible invariably occurs”, not long after I turned in that article, on a shelf in a bookshop I found a copy of Judge Dee Plays His Lute by Janwillem van de Wetering, and learned that a decade earlier he had written a monograph on van Gulik. This discovery led to meeting van de Wetering (and Dennis McMillan), but those are stories for another day.

In the early days of the Endless Bookshelf, in 2007, I republished the article on van Gulik. Sometime after that I met film-maker Rob Rombout, who  returned to New York a couple of years later to film a segment of his marvellous globe-trotting documentary, On the Track of Robert van Gulik. And when I visited Boston a few years back to research in the Gotlieb Archival Research Center at BU, I  had a look through some of the papers of van Gulik.

The Judge Dee books are in print from the University of Chicago Press, and are well worth seeking out. Here is the opening passage of the biographical article :

The writings of Dutch diplomat and author Robert Hans van Gulik (1910-1967) reveal his considerable talents as a storyteller as well as the conscientious scholarship and varied interests that characterized his life. His nonfiction works cover a broad range of subjects from Chinese culture, folklore, art, and music, such as Chinese Pictorial Art as Viewed by the Connoisseur, Erotic Colour Prints of the Ming Period, and The Gibbon in China.     He is also widely known for his detective fiction, beginning with Dee Goong An : Three Murder Cases Solved by Judge Dee (a translation of a Chinese work), which led him to write a series of seventeen books featuring the Chinese magistrate Judge Dee, from The Chinese Maze Murders to Murder in Canton and the posthumously published Poets and Murder.

Read the full essay in the Endless Bookshelf archives 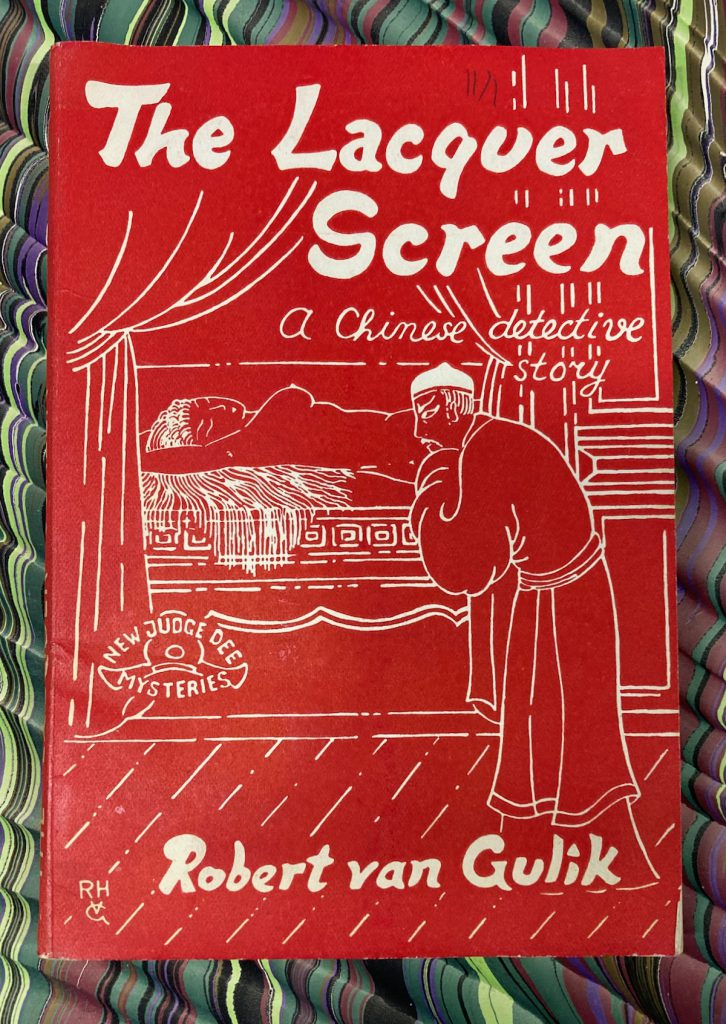 The original edition of The Lacquer Screen, published in Kuala Lumpur in 1962 while van Gulik was posted there. Below, the cover of the 1998 Soho reprint of Janwillem van de Wetering’s Robert van Gulik His Life His Work. 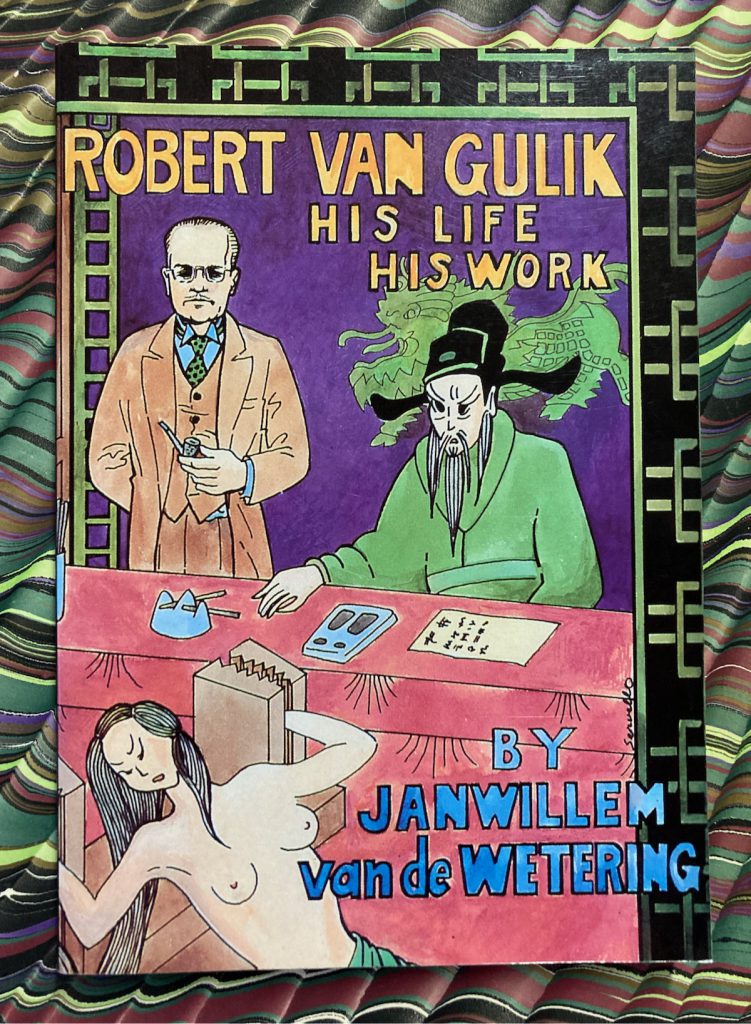