Your correspondent celebrates fifteen years of simply messing about in books on this website (it started here, but of course the mischief and fun and seriousness go back much further). There are a few regular readers of the ’shelf, and perhaps once in a while a new reader will come across something in the archives which cannot be found elsewhere. I continue to read Proust in the Pléiades edition, with great interest and pleasure; I am now at the stage of Le Côté des Guermantes, and there is no stopping. There are also other books which come to hand, as I usually have a second or a third book which I am reading, or at least reading at. Some of them are noted below. I omit the names of several bibliographies I have been consulting as these fall under work in progress.

I have written a few essays recently where the lead time for publication is rather longer than for the Endless Bookshelf: I received Paul Witcover’s new book late last week, read it, and finished the review a couple of days later; and even had time to look at it in the cold light of day before posting it. That flexibility is one reasion why I figure I will keep writing these chronicles of small beer for a while longer. Perhaps you will want to read them.

I am very much looking forward to reading Robert Aickman An Attempted Biography by R. B. Russell (Tartarus Press); I have read some of Aickman’s stories but by no means all of them. 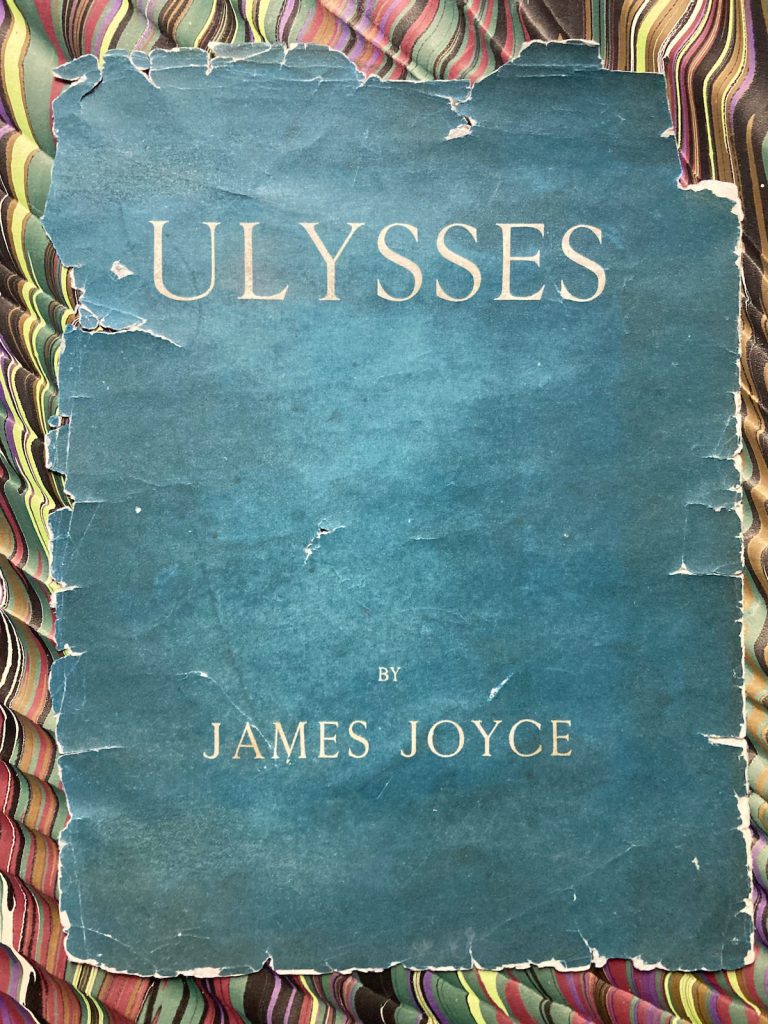 Wednesday 2 February marks the centenary of James Joyce’s Ulysses, published as a book in Paris on the author’s fortieth birthday in 1922. This is the darkened and tattered remains of the front wrapper of one of the 750 ordinary copies of the first edition, one of those scraps of paper which demand to be saved.

In February, I expect to be at the California International Antiquarian Book Fair in Oakland, booth 504 (James Cummins Bookseller) at the Oakland Marriott City Center, Friday 11 February through Sunday 13 February. If you are in the Bay Area, come by and say hello (and please let me know in advance if you would like a pass). 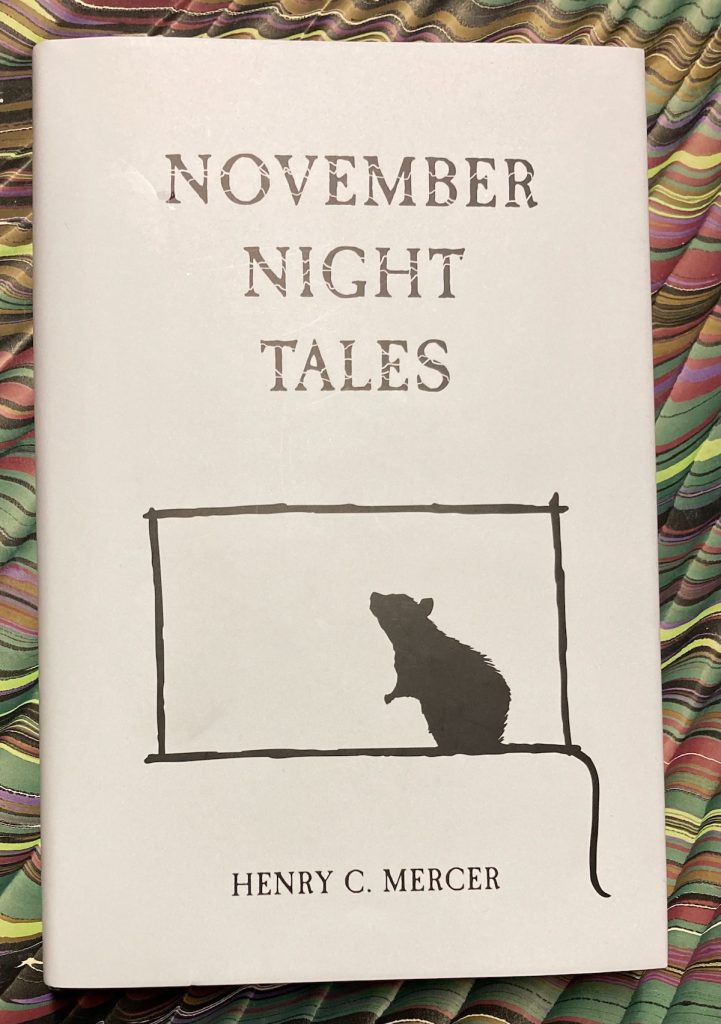 — Henry C. Mercer. November Night Tales [1928]. [Introduction by Peter Bell]. Swan River Press, 2015.
Supernatural tales by the Pennsylvania polymath archaeologist, ceramicist, and polymath Henry C. Mercer (1856-1930), who was educated at Harvard (Class of 1879) and as a ceramicist played a key part in the American Arts and Crafts movement. His poured concrete mansion, Fonthill — named for William Beckford’s Gothic folly — is a turn of the century wonder; and his collections of American tools and vernacular objects pioneered the preservation of what is now called material culture. These stories range from rural Pennsylvania folklore to a forgotten treasure in the Italian Alps. The best of them is “The Wolf Book”, a tale of werewolves in the Balkans and an ill-starred book.

— Richard Thompson, with Scott Timberg. Beeswing. Losing My Way and Finding My Voice 1967-1975. Algonquin Books of Chapel Hill, 2021.
Memoir by one of the founders of Fairport Convention; his fabulous 1968 dream of Keith Richards and south London is worth the price of admission. Thompson played a solo acoustic show at a local Montclair venue not too long before the pandemic, and “1952 Vincent Black Lightning” was one of the great moments of that evening. Thompson’s songs express — like the late novels of Russell Hoban — the curious notion that loss is the great creative well for literature and song. Sad and beautiful can be triumphant at the same time, because the song outlasts the sorrow.

— Sara Gran. The Book of the Most Precious Substance. A Novel. Dreamland Books, [2022].

— Michael Shea. Mr. Cannyharme. A Novel of Lovecraftian Terror. Foreword by Linda Shea. Edited by St. Joshi. Hippocampus, [2021].
San Francisco at the beginning of the AIDS crisis, with interdimensional beings, written by Michael Shea circa 1981. I found the first half of the book interesting, with well grounded scenes around the Tenderloin hotel managed by the writer-protagonist, and some choice, weird secondary characters. My interest waned as the supernatural elements unfolded.