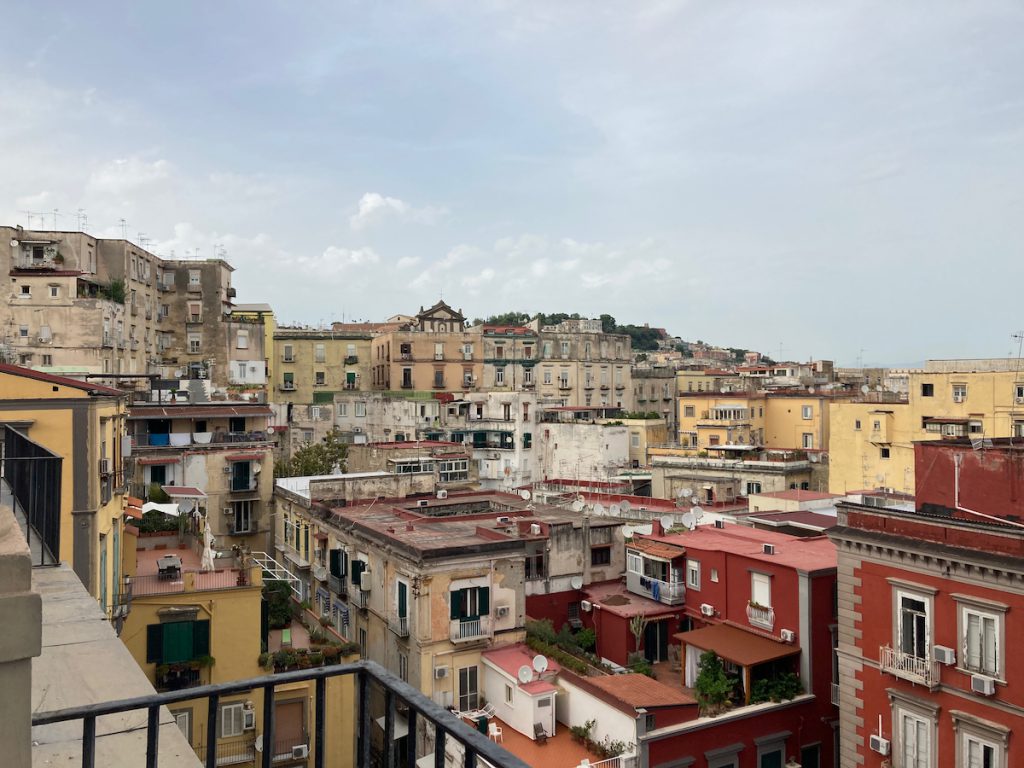 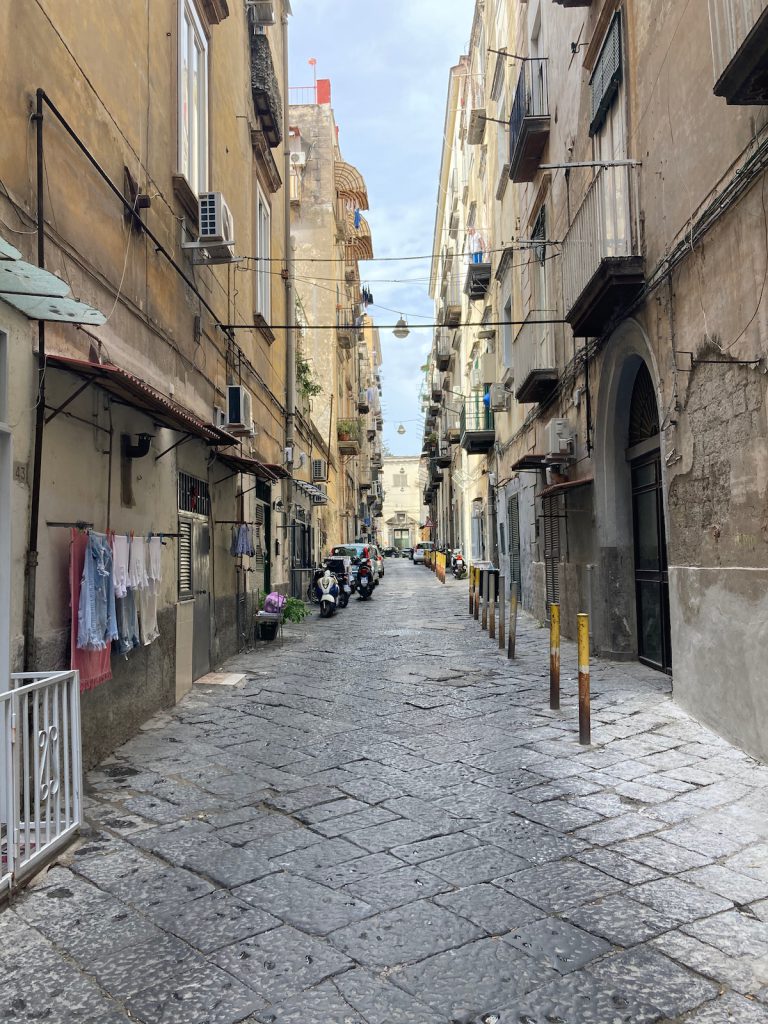 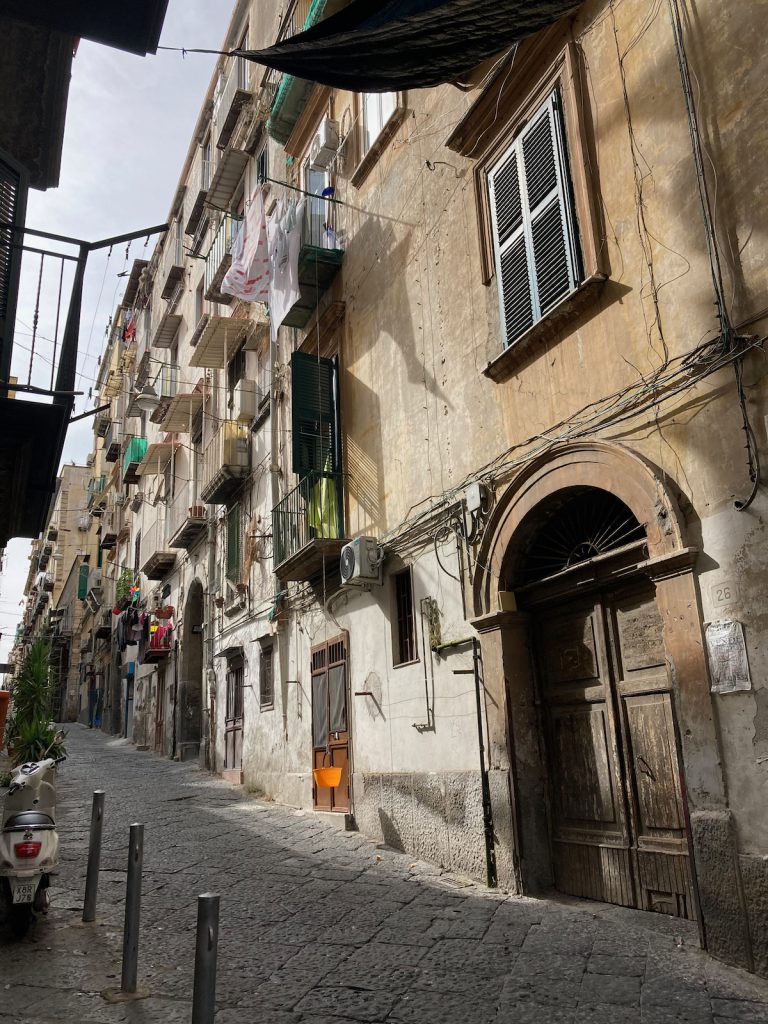 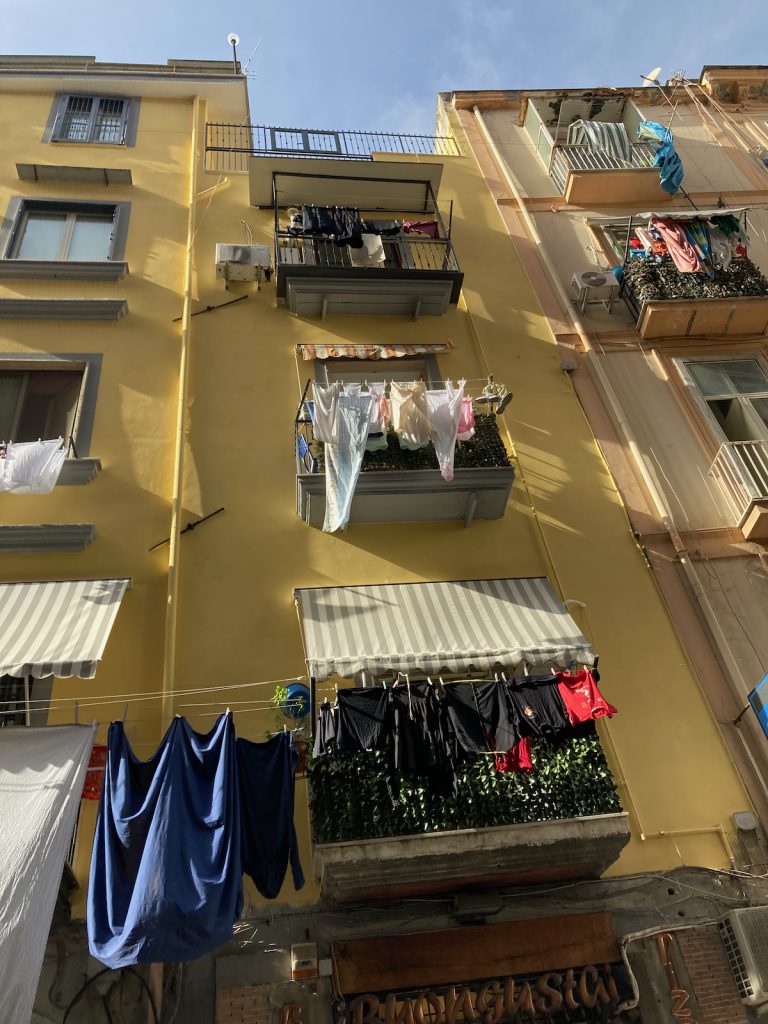 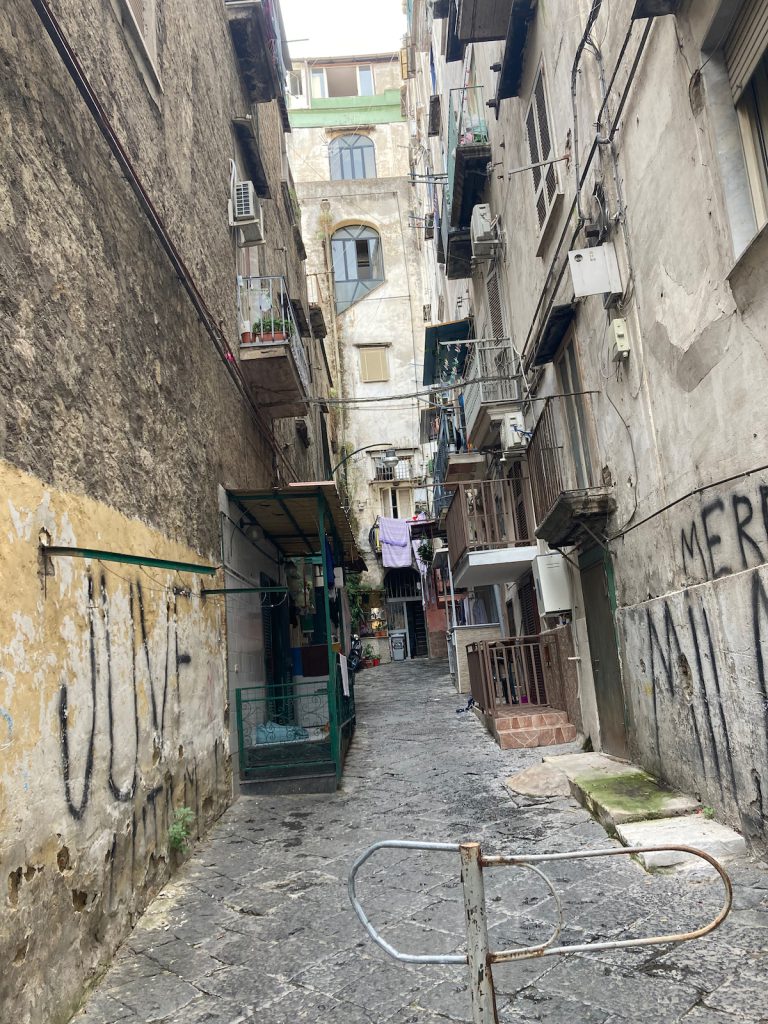 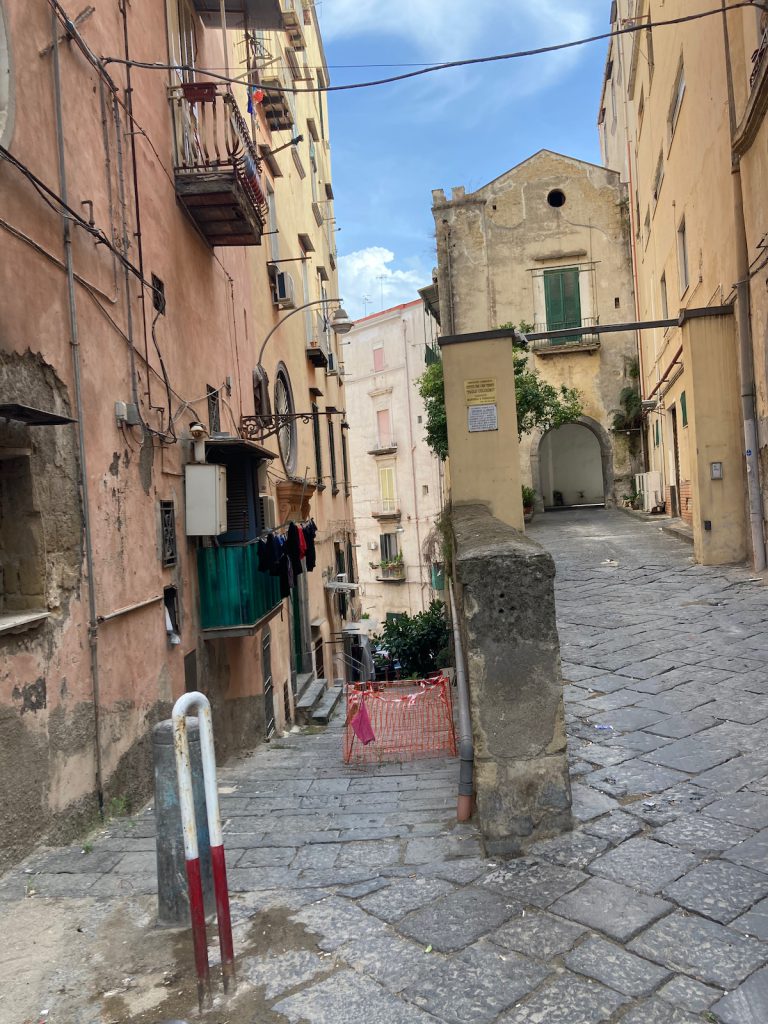 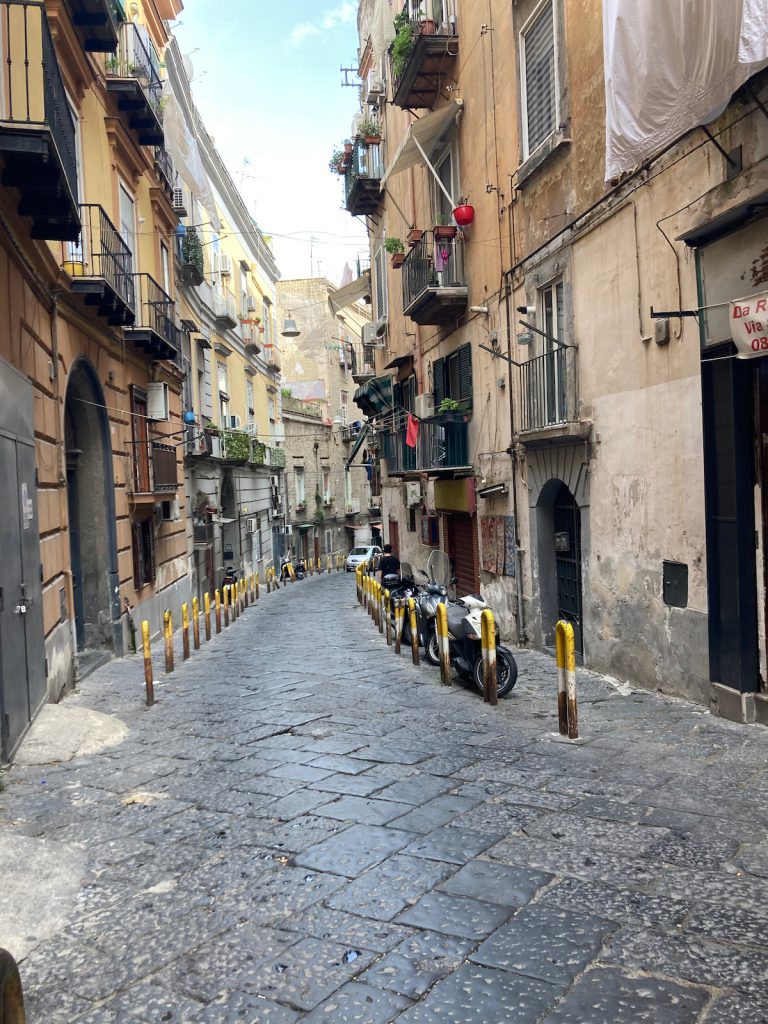 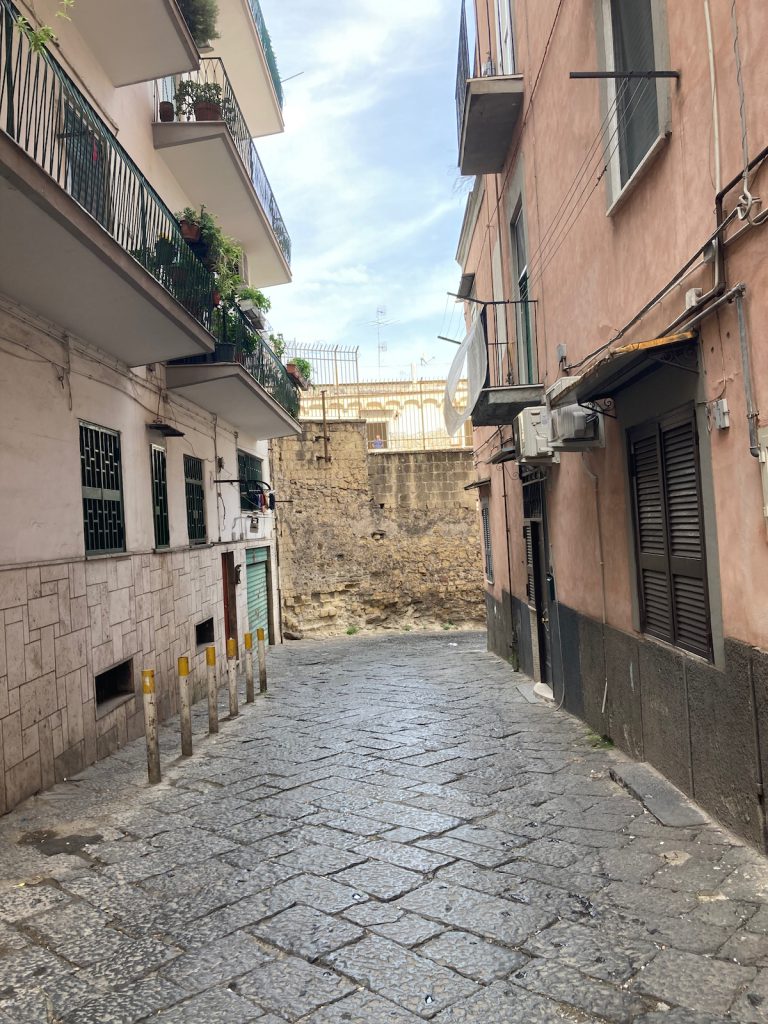 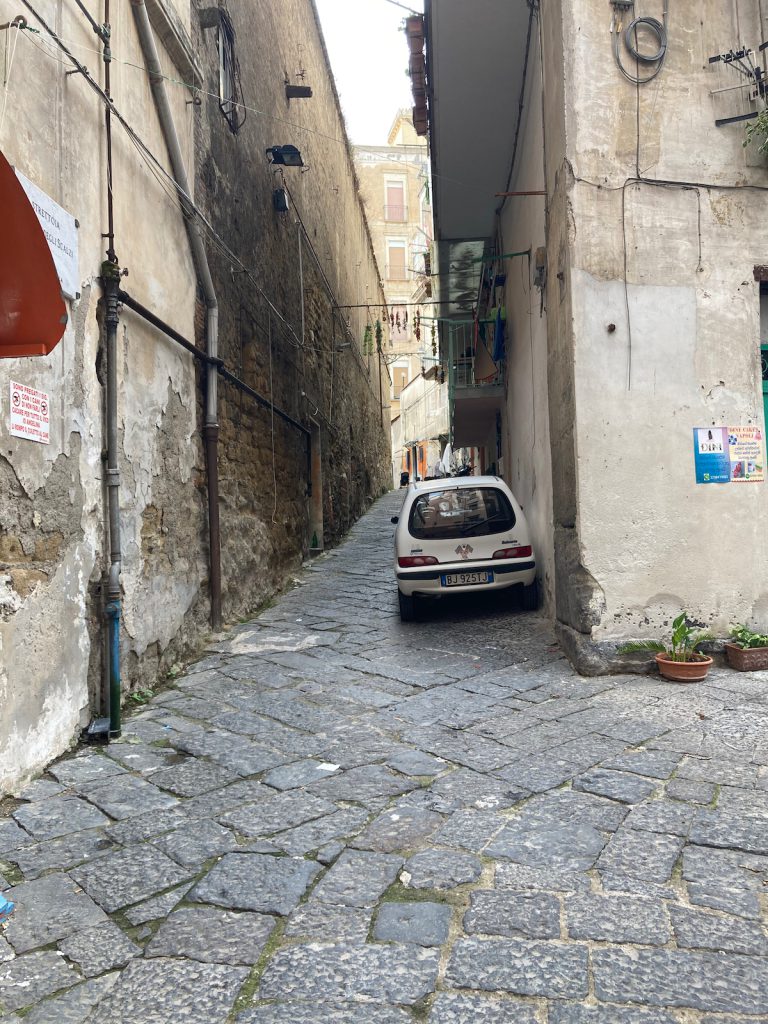 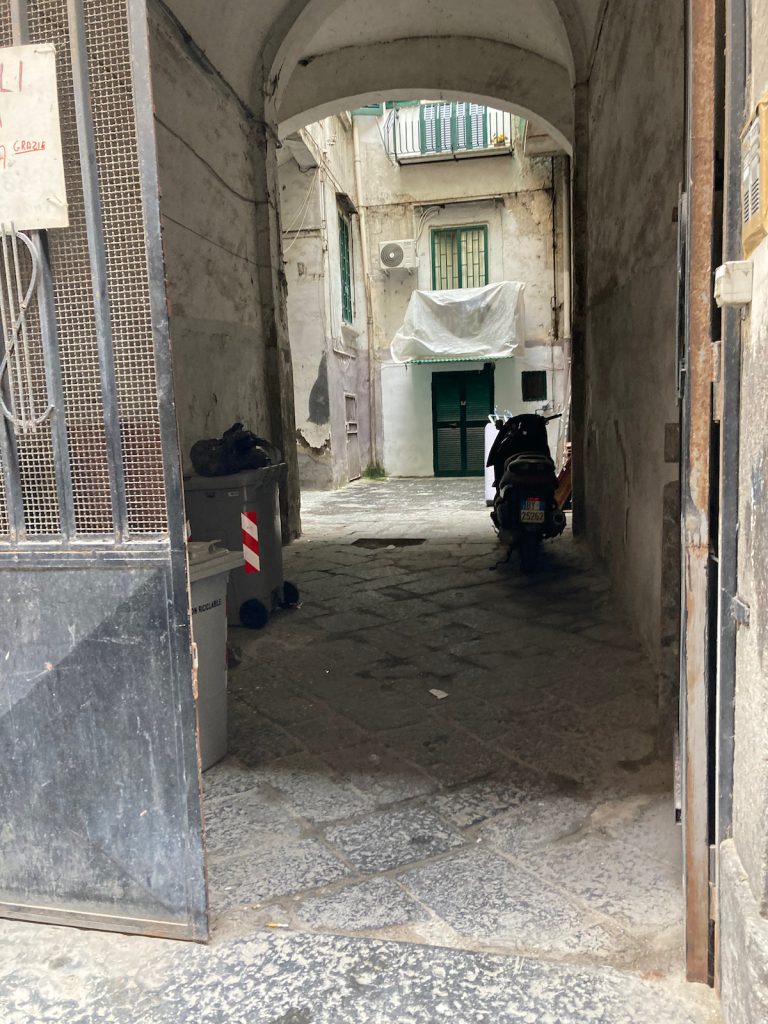 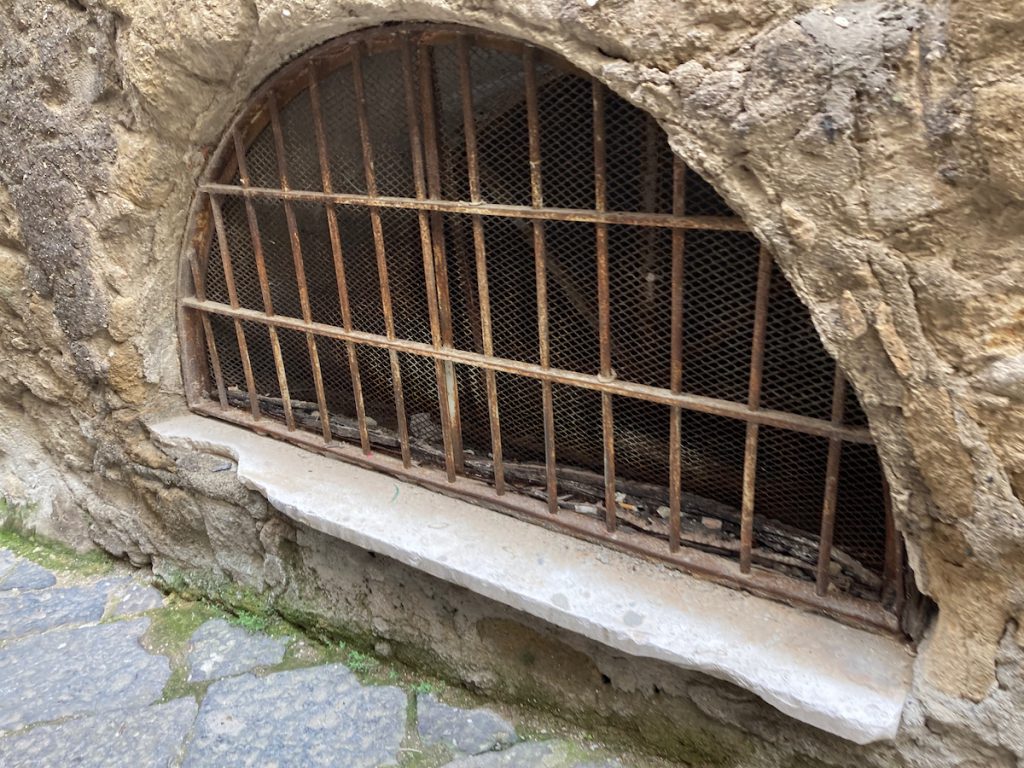 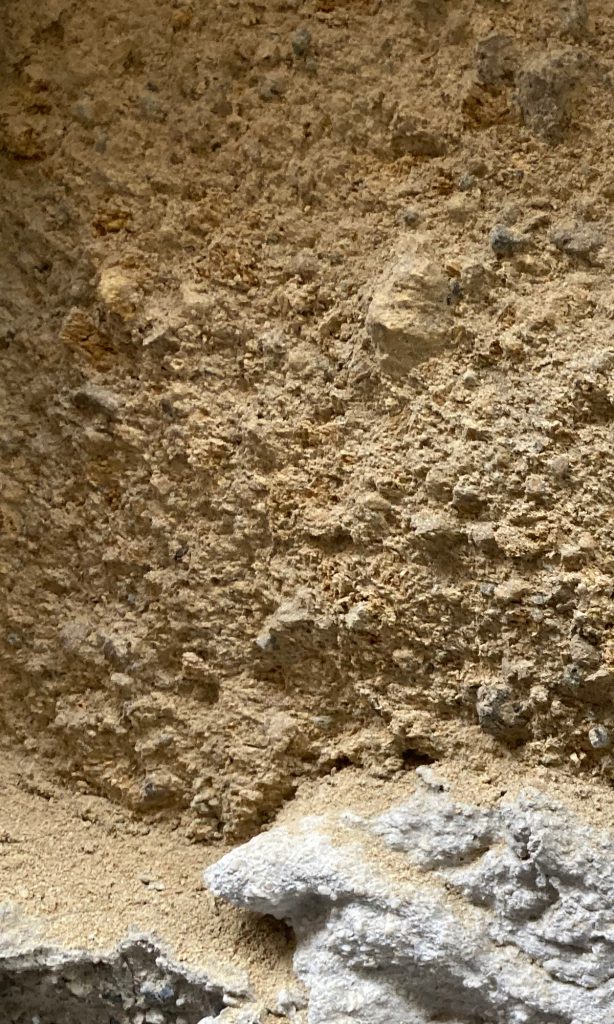 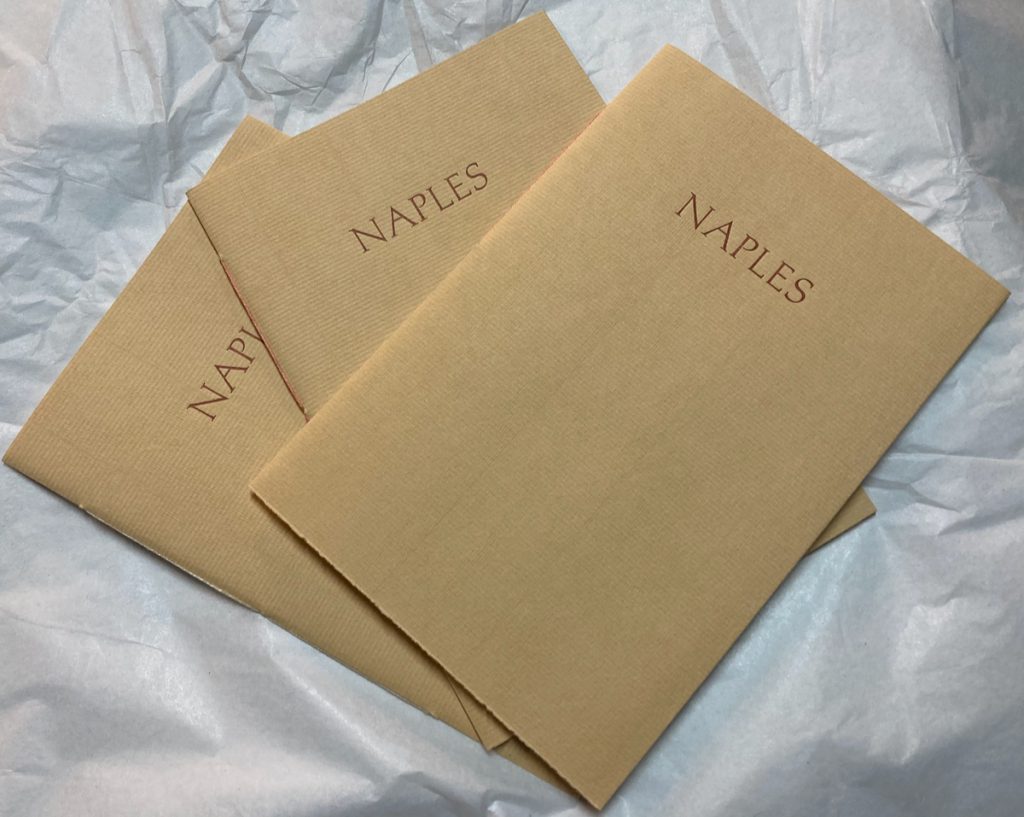 NAPLES is a fine press edition of one of Avram Davidson’s darkest tales, originally published in the first Shadows anthology edited by Charles L. Grant. NAPLES won the World Fantasy award for short fiction in 1979, the same year Jorge Luis Borges was named the recipient of the World Fantasy Life Achievement award ; Davidson received that award in 1986.

Ten copies, numbered i to x, were reserved for presentation; 125 copies for distribution to members of the Association Internationale de Bibliophilie (AIB), on the occasion of the congress in Napoli, September 2022. Twenty-five copies are available for members and friends of the Avram Davidson Society. 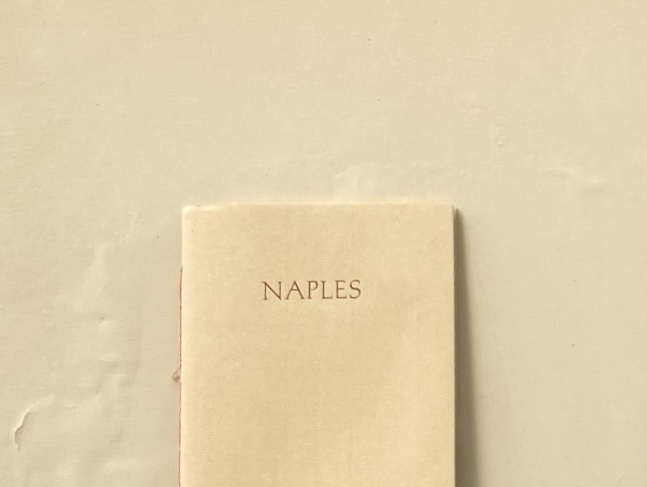 Details and subscription price at the order page :
https://temporary-culture.com/books/naples-avram-davidson/ 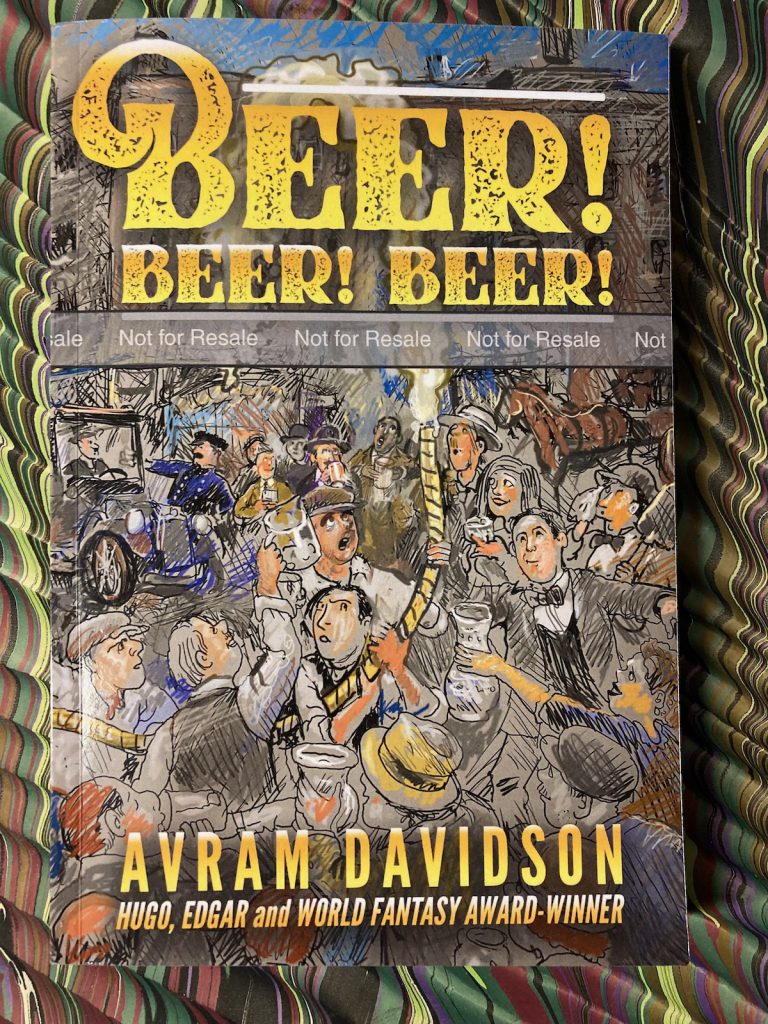 Beer! Beer! Beer! is the first printed book by Avram Davidson to be issued by Seth Davis and Or All the Seas with Oysters Publishing: last year he began commissioning audio versions of Davidson’s works and producing the monthly series of interview podcasts, The Avram Davidson Universe.
Beer! is a tale of the intrusion of bootlegging into the Hudson river town of Yokums, New Jersey, a looking glass idealization of Yonkers, where Avram was born and where, incidentally, gangster and prince of bootleggers Dutch Schultz was based. If you want a brisk account of the facts, you may read “Beer Like Water” in Crimes and Chaos (1962). Beer! gives a broad cross section of daily life in the riverside town during the late phase of Prohibition, with some recognizable Davidsonian types: newspaperman Bill Bomberg has something of the questing energy of Bob Rosen in “The Sources of the Nile”, and Captain Clack of the packet boat Sadie Howell is stamped from several Avramish patterns. Beer! includes a wealth of digression — on Dutch settlements in the Hudson, newspaper publishing, and a catalogue of urban life in Depression America through the eyes of a young boy — and numerous interesting minor characters (always one of the charms of Davidson’s work). The corruption generated by the beer trade pervades the town, and the narrative ambles from City Hall to the office of the Fourth Ward Glagolitic-Slovatchko-Ukrainian Improvement Association, from the sewers to the packet boat wharf on the Hudson waterfront, and from to the National Cereal Company to the mansions along Upper Bluffs Avenue. There are some fine comic moments and the book progresses to a choreographed and convulsive ending.

It is, however, in looking at the principal clues to the dating of the manuscript that the real significance of this book emerges. Among the town’s principal ethnic minorities are the “Slovatchkos, whose homeland, sundered by the break-up of the Scythian-Pannonian-Transbalkanian Empire, was now divided between two other — and larger — nations” (32). This allusion to the setting of The Enquiries of Doctor Eszterhazy (1975) clearly situates the composition of the manuscript in the late 1970s and points to one of the great themes of Davidson’s work, immigrant life in America (and what Michael Swanwick has identified as “the loss of ethnicity”).

The source of this previously unpublished novel is a typescript of some 240 pages, known variously as Beer  . . . That Makes You Want to Cheer or The Day Beer Flowed like Water (one copy of this typescript is preserved in the Avram Davidson Collection at Texas A&M University). Beer! Beer! Beer! is Davidson’s preferred title and comes from his correspondence. The text is manifestly an early or even first draft manuscript, presented here with a very light edit and not altering the invented phonetics with which Davidson sought to capture the hard, distinctive Yonkers accent of his childhood. As with the selective use of profanity to create a heightened reality rather than the bludgeoning repetition of real life, it is a question of balance. Davidson would later write in “El Vilvoy de las Islas”, “In the opinion of some people (in fact, lots), a little of such style goes a long way.” And at the same time he ensured that “some more of the original from time to time seeps through.” This is a print on demand book (your correspondent saw an uncorrected proof printed in Columbia, South Carolina, on 2 November 2021).

Beer! stands between Davidson’s miniature, “The Last Wizard” (published in Ellery Queen’s Mystery Mystery Magazine for December 1972) and his long masterpiece “The Slovo Stove” (1985), and one can trace turns of phrase from Beer! to later works. A passage in Beer! where Bill Bomberg reminiscences about his love life (177) is a trial run for a key incident when Jack Limekiller discovers evidence of Bathsheba’s inconstancy in “There beneath the Silky-Trees and Whelmed in Deeper Gulphs Than Me” (published in 1980). By that time Davidson must have understood that Beer! was going nowhere, and so he reused a good phrase to greater effect. Yokums has something of the feel the town of Parlour’s Ferry in “The Slovo Stove”, a story with none of the rosy nostalgia or Depression-era clichés of Beer! The effect is not unlike reading one of the “mainstream” novels Phil Dick wrote in the 1950s in the vain hope of leaving the science fiction treadmill of the paperback original market (think Confessions of a Crap Artist and its parallels to Time out of Joint, for example). Davidson had attempted to do this himself in the 1960s, with Dragons in the Trees, a non-fiction account of his travels in British Honduras, material he would later transmute into the Limekiller stories. Aspects of life in Yonkers rose up again while Davidson composed his zigzag plotted Adventures in Autobiography in the 1990s. In addition to the many pleasures of the story, Davidson’s Beer! is notable as an intermediate station on the road to “The Slovo Stove”.     [HWW]